Having never lived in a large city, I was always familiar to the idea of a town that also had local areas for nature – parks, running trails, hills…. I love nature but it wasn’t something I thought I could actually miss, actually long for. I’ve gone running here to search out any form of open roads, but it’s been without luck. On all my traveling adventures so far, they’ve been to cities with thousands of people, shopping centers, students in colleges. When going to Dublin, this was no different.

My friend and I decided we needed a change of scenery – away from all the people, all the bars, all the stores. We needed nature. After choosing a day trip to Wicklow, a town just south of Dublin, we slowly became more excited. This was the day I looked forward to the most.

And it prevailed. While we were mostly on a coach tour bus and it was snowing or hailing most of the time, there was still time to walk through the valleys, past lakes, sheep – stepping into nature.

I was also able to see the power of prayer at work on this day. For my level of excitement to be so high, the weather was a complete letdown. The tour went past a waterfall in the mountains, but due to the snow we were unable to see it. I was bummed so I began praying. Praying that when we stepped out of the coach, the sun would shine, allowing us the enjoyment of our 45 minutes outside. The skies grew grimmer, but low-and-behold, when we stepped out of the bus, the winds died down, the sun came through, and it was a beautiful time. Only seconds after getting back on the bus from our walk, the clouds darkened and the snow returned, but for that short time it was perfect.

Don’t doubt the photos, it was that sunny out when we were outside. 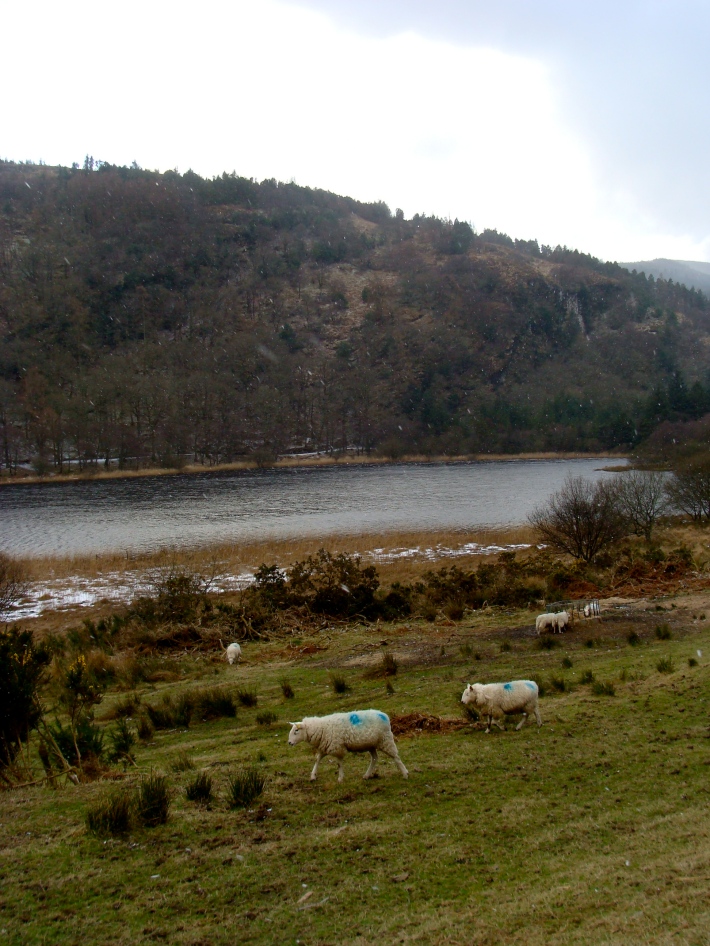