I used to think growing up meant a lot of things.

Growing up means you know how to make a pot of coffee (and drink it).

Growing up means you can eat pizza and donuts all you want and have no curfew.

Growing up means you know what you like and don’t like – for the most part. (I still can’t decide how I feel about water chestnuts).

Growing up means you have it all together.

Growing up means a lot of things, right?

I used to think a lot like Jenna Rink in 13 Going on 30. Once you make it passed the awkward teen years and the mean schoolgirls, you hit 30 with style, or as Jenna says, “30, flirty and thriving.” And only after the magical fairy dust settles, transforming Jenna into the so-called fabulous 30 year old, does she realize it might not be all she’s dreamed it could be.

I never sat around picturing my 20s, or held tightly onto a fashion magazine hoping I would magically become like the pictures, as Jenna did. But I did have expectations.

I had ideas of what my 20s would look like, of what me as a “grown up” would look like. As I’ve gotten older, I haven’t figured more of life out. As I’ve gotten older, I’ve learned it’s not really about figuring it all out. It’s not about supposedly knowing what an adult looks like. It’s not even about living up to who I thought I would be when I was a young and naive preteen.

To me, growing older has been more about me letting go of what I thought this season of my life would look like. I don’t want magical fairy dust or Jenna’s wishful dreams of adulthood. I think I’d like to proudly become older knowing I’m choosing to do it my way rather than the way others are telling me.

I’ve had many suggestions on how to change my perspective to make more money or get a husband or find a real job. I’ve had plenty of those ideas, but I’ve only had maybe one or two comforting and unknowingly very welcoming “It’s okay’s.”

I recently started working at this quaint, Californian coffee shop. There’s a bike on the wall, more gluten free items than any other food, and wooden everything else. It’s perfect and I love it. Just one thing: I’ve never been a Barista. This may have slipped my mind when I asked the owner if they were hiring and she said, “Yes we are, can you be here at 1?”

I didn’t think it was that important. The owner seemed to think I was fit to enable coffee addicts that believe Starbucks is too mainstream. (Amen!) I faked it until I made it, or until my boss asked me for a Cafe Breve and I didn’t know how to begin.

But after three days of training, memorizing Pinterest charts of different coffee ingredients, and deciding whether to greet customers with “Morning!” or “Welcome,” I’m in. This Barista virgin is one no longer.

Need a cappuccino? I’m your gal.

Need an americano? Call me up.

Need a frappuccino or an upside-down half-something macchiato? Get out.

But for the rest, this girl knows her way around the espresso machine.

Lately, each day I have set aside time in the peaceful, quiet mornings to reflect on my college years.

It’s not much, but it’s helpful looking back on how I have matured through the processes these four years took me through. And while I wouldn’t be considered “good” at goodbyes, I’m saying goodbye in my own ways. I don’t like the sad goodbyes. I like the ones with smiles, knowing we won’t easily be forgotten or the smiles affirming how blessed our time together has been.

The process of growing up is to be valued for what we gain, not for what we lose.” – C.S. Lewis

Similar to goodbyes, growing up can be looked at as losing the things – or people – we desperately want to hold on to. Instead, goodbyes and growing up should be valued and revered for the how time has brought us to where we are now.

I could never have imagined the relationships I have formed with friends, roommates, classmates or professors. And if I would have planned my life out in advance, I would have missed a lot from the unexpected.

I can’t follow my own plans, I have learned.

This college was never on a Top 10 list, or even a Maybe list. It was on the unwritten, Do Not Go list along with several other schools that had too many hills or not enough nature paths. But what do I know? Turns out, this was the perfect school for me. If I would have followed my own plan I would have passed up on a lot of good things.

I wanted to drop out of college my sophomore year. Thankfully, I was persuaded to stay. And I will soon be a college graduate, with classes and lessons I would not have experience had I given up years ago.

My plans may be subpar, considering I would have missed a whole heck of a lot between just two decisions. But I can now look back at the university and all the formed relationships with a smiling goodbye, knowing we won’t be easily forgotten and have been blessed to be together.

So with goodbyes and growing up, I know definitively I have gained much more than I will ever be able to lose.

Recently, I realized I had arrived at adulthood.

No, it wasn’t when I paid my first rent check or when I finally made my first pot of coffee. It wasn’t even when I planted my first garden.

I arrived at adulthood when I discovered I made my bed each morning.

It must have been a process, but I don’t exactly remember when it started or how it changed. But during my childhood, there was an ongoing fight that usually went like this:

Mom: Al, turn the TV off and make your bed.

Dad: Make your bed before you leave for school.

…And so it went. My childhood was passing and my bed was rarely made. Yet, somewhere along the journey of life, this changed. Now, in my own house, I wake up earlier than five minutes before class begins. I enjoy these mornings. I wake up, start the coffee, and make my bed. Every day. That’s the way it goes.

Maybe this is insignificant to those of you who appreciate a spotless house. Personally, I can handle a floor covered in clothes, dishes filling the sink, and blankets strewn throughout the house. Until I want to be productive, that is. If I want to write a paper in my room, the entire house has to be clean. So don’t mind me while I thoroughly clean the house just to do homework. 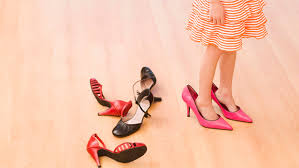 It’s as if my bed screams “Now you’re an adult,” every morning.